Ion fan is a kind of static elimination device which can remove static quickly.It is through the high-pressure generator to produce positive and negative ions.Then the fan will blow the ion to the surface of the object and neutralize  its positive and negative electrostatic charge. It has characteristics with a simple installation, work smooth and fast static removing. Ionizing air blower is the ideal electrostatic eliminator which can be applied in the precision electronic products,electronic assembly line, pharmaceutical manufacturing assembly, packaging and small products.

restore to the before state.

There are two main factors which may affect the efficiency of the neutralization.The first is the effective distance. If the ions in the air are continuously neutralized in the effective distance, then the positive and negative ions can be attracted to each other. When they collide with each other and the charge will be transferred, thus the ions will not contain any static electricity. The second is the flow rate of air. In the case of faster air flow, the ion before re-combination of flow is also faster. It is better that we should set the wind speed to the highest speed, so that it can achieve the fastest effect of the neutralization.

Generally speaking,  the ion fans all have such operations. The wind speed control will increase or decrease the size of the air conditioning; The switch button, that is, power button control which can turn off and turn on the machine; The abnormal lights, if some problems happens on the high pressure or the fan itself, then the light will change red and green light. The advanced desktop ion fan also has automatic cleaning function, like kesd ionizing air blower. It has the set the time button and clean button.

The installation of the desktop ion fan is very simple, cause generally it has one base bracket that can be directly attached to the flat surface with M3 bolts. 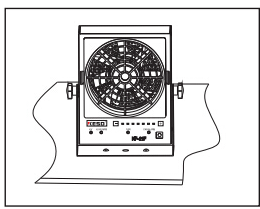 In the heavily polluted environment, it is necessary to install a filter on the back of the ion fan. 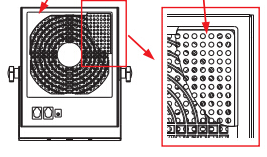 The effective working distance of ion fan is between 200mm-900mm. If the distance is  more than 900mm, then the area which needs removing static can not be covered by the ion wind. 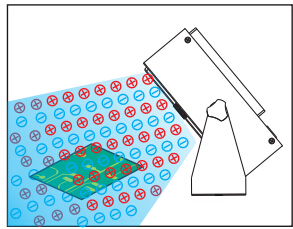 Set the effective distance rightly, then just turn on the power and the static can be eliminated. 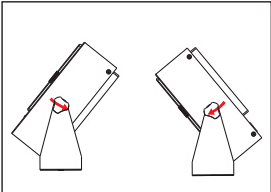