You are here: Home » News » Industry News » Static on The Human Body and Control

Static on The Human Body and Control

Computer workers face more red hair, facial pigmentation and other diseases, due to the computer screen to produce a large number of static electricity to suspend the dust, so that his face was stimulated. In addition, the elderly than the young skin is relatively dry, coupled with the aging of the cardiovascular system, anti-interference ability and other factors weakened, more susceptible to electrostatic hazards, causing cardiovascular disease. 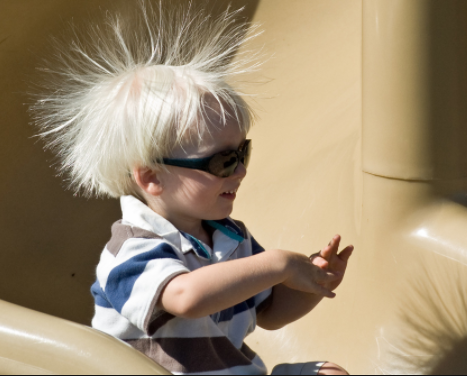 In the winter, the air is too dry, the skin and clothes are easy between static electricity, high voltage electrostatic torque of tens of thousands of volts, resulting in the human body does not apply. Some of the daily life of the static electricity generated by the investigation and observation, walking on the carpet can produce 1500 to 35000 volts of electricity, the floor of the vinyl resin can produce 250 to 12,000 volts of electricity, chair on the buttocks will benefit to produce more than 1800 Volt. The level of electricity is mainly determined by the ambient air humidity. General static more than 7000 V, who will have a shocking feeling. Related information shows that the human body has a great danger of static electricity. Static electricity will make the blood of persistent alkali increased, decreased serum calcium, urinary calcium excretion increased, which is the growth and development of children, the elderly calcium content is very low, and pregnant women and lactating mothers calcium is much worse.

Excessive accumulation of static electricity in the human body, can also lead to nerve conduction current abnormal cell membrane and affect the central nervous system, resulting in changes in body and blood pH, oxidative characterization of the body's physiological balance, dizziness, headache, irritability, insomnia, loss of appetite , Trance and other symptoms. Electrostatic blood circulation can interfere with the body, immune and nervous system, affecting all organs (especially the heart) work, may lead to abnormal heart rate and heartbeat abnormalities. In the winter, about one-third of cardiovascular disease and static electricity. People with static electricity in the flammable and explosive area will cause a fire.

How to control static?

Anti-static wrist strap clothing and the elimination of human anti-static is an important part of the system that can help eliminate or control the body's electrostatic power generation, thereby reducing the main electrostatic source of the manufacturing process.

Anti-static wrist strap is the operator of electronic components, and the most important electrostatic control contact, through the channel to the ground, the body can be brought by the static, thanks to the entire release. It consists of elastic anti-static, according to the activities of the deduction, spring cords. Protection of resistance and composition.